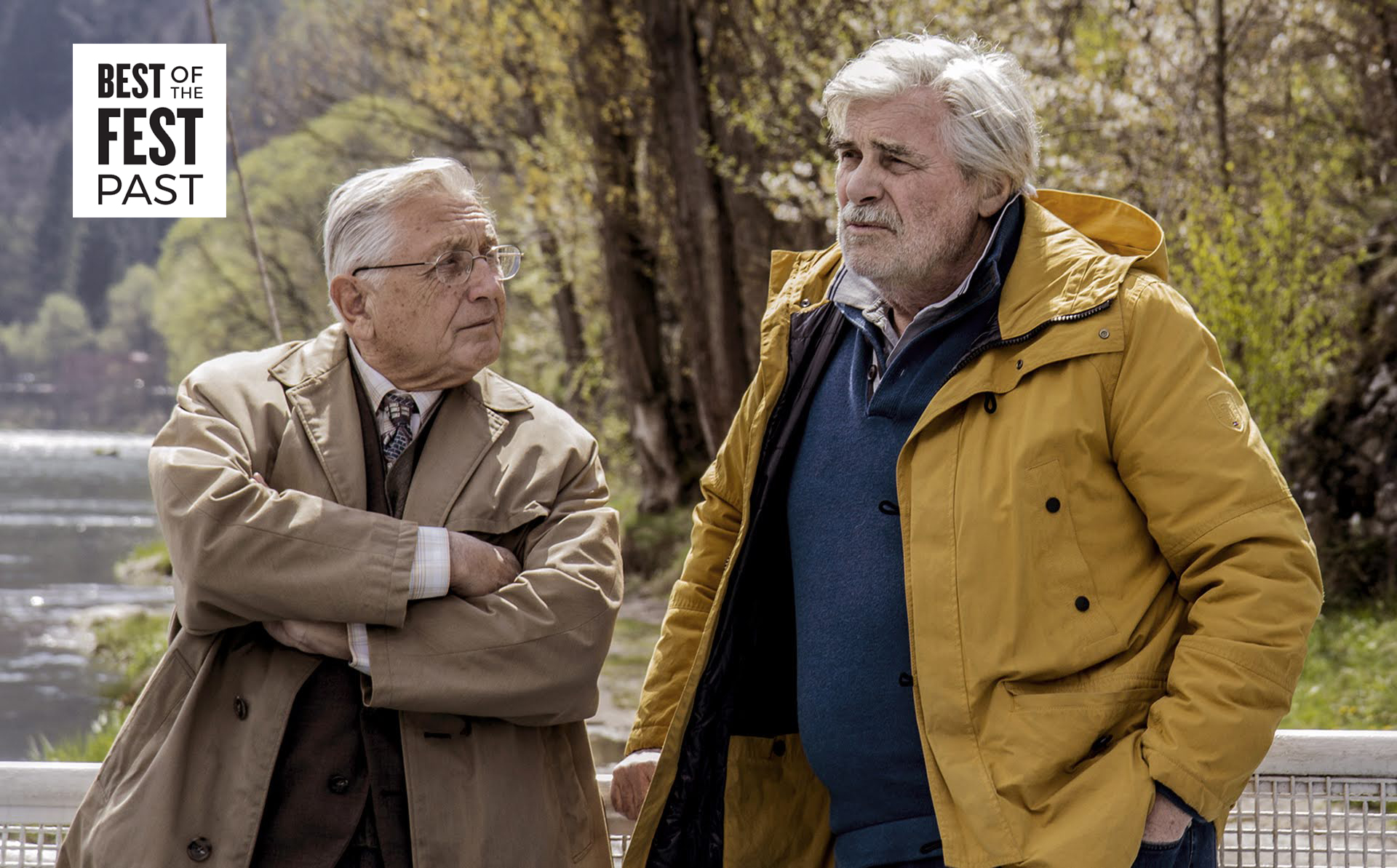 “A road trip focusing on two old men coming to grips with memories of their parents. Extraordinary scenes from the countries they

“A road trip focusing on two old men coming to grips with memories of their parents. Extraordinary scenes from the countries they travel through.”
An 80-year-old translator, Ali Ungár, discovers a book by a former SS officer recounting his war experiences in Slovakia. Ali realizes that one chapter may well describe his own parents’ execution. Armed with a pistol, he heads for Vienna to find that SS man to take revenge; instead Ali finds the man’s 70-year-old son, Georg, a retired teacher. Georg has always avoided his father, but the translator’s visit arouses his curiosity, and he invites Ali on a trip through Slovakia, embarking on a bittersweet journey to meet surviving witnesses of the wartime tragedy. But while Georg is basically out to have a good time, Ali is hoping to find out how his parents died. Gradually, these two very different men begin to warm to each other, and together they discover a country eager to forget its past. Oscillating between comedy and tragedy, this road trip focuses on two old men weighed down by the unresolved conflicts that have plagued their lives who are now trying to free themselves from this oppressive burden.
MATURE LANGUAGE, MATURE THEMES