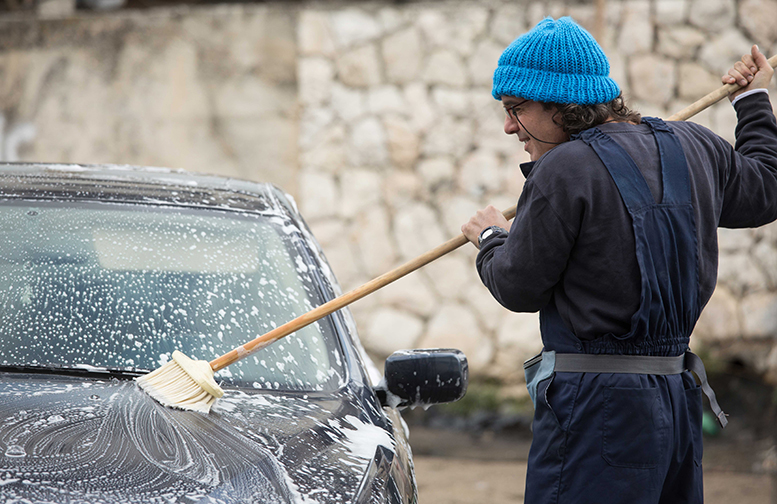 Nominated for eight Israeli Academy Awards including Best Film, “Shoelaces” traces the story of a complicated relationship between Reuven, an aging mechanic, and Gadi, his thirty-something special-needs son he abandoned many years ago. When Gadi’s mother dies, Reuven becomes his reluctant caretaker. But Reuven’s kidneys are failing, and Gadi wants to donate one of his own to save his father’s life. However, a transplant committee objects to such a procedure. Gadi is afraid of losing his father as well as his mother. He feels he finally has the chance to do something meaningful—to become a man and stand on his own. He’s furious with the committee’s decision and sets out to fight for his right to save his father’s life. “Shoelaces” portrays a relationship filled with love, rejection, and co-dependency, and it offers a rare, honest depiction of special-needs characters, told with gentle humor and sensitivity.